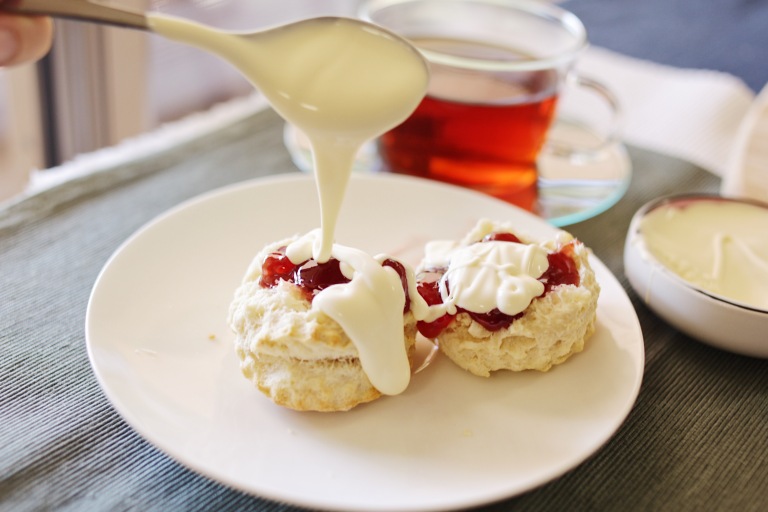 Easy, stupidly easy. These come from the Grand Pooh-Bah herself, Margret Fulton, the grandmother of Australian cookery. I’m lucky enough to have a fabulously retro 1970s copy of her Encyclopaedia cookbook, which includes some truly grotesque and gaudy 70s colour palettes that enrich my soul. I refer to the below image of this wonderfully lit vat of marmalade. 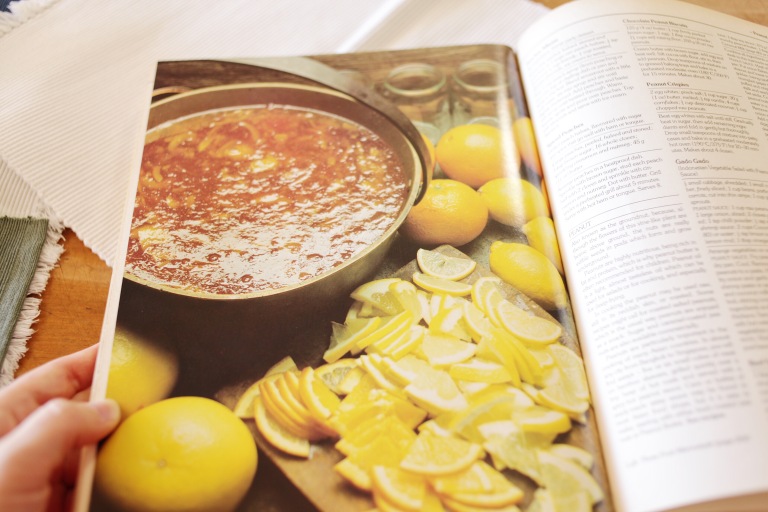 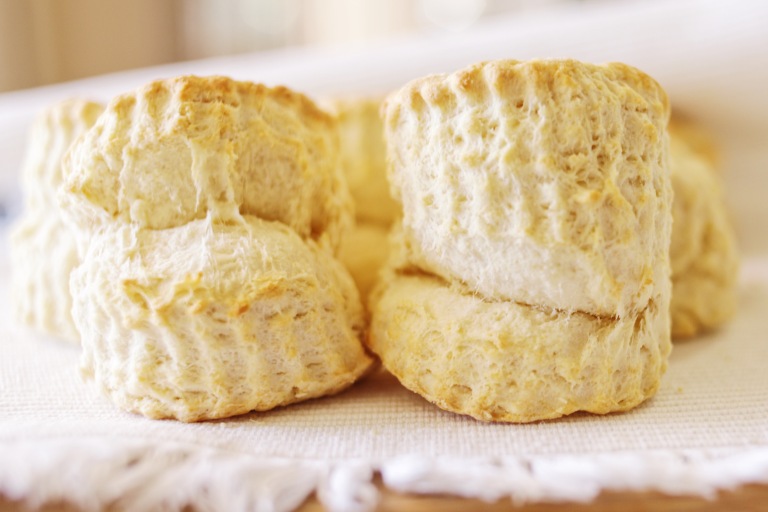 The original recipe is of course, perfect as it is. However I do alter a few bits and bobs, for the better. I’ve included pictures of the recipe if you would prefer the original, in all its glory. The mixture is also easy enough to do all by hand, however on occasions when I’ve been time poor, I have blitz the butter and flour in a food processor. I would recommend you combine the milk mixture by hand and not by machine to ensure the dough stays light.

The changes I’ve made are firstly, the obnoxious height of some of these mutated beauties. This is achieved from white vinegar added to the milk beforehand to create larger bubbles when it reacts with the self raising flour as well as contributing to the general lightness to them. Secondly I bump up the butter to 75grams. I imagine the small amount offered in the original is a reflection of times of greater austerity but I’m here to let the fat days flow. 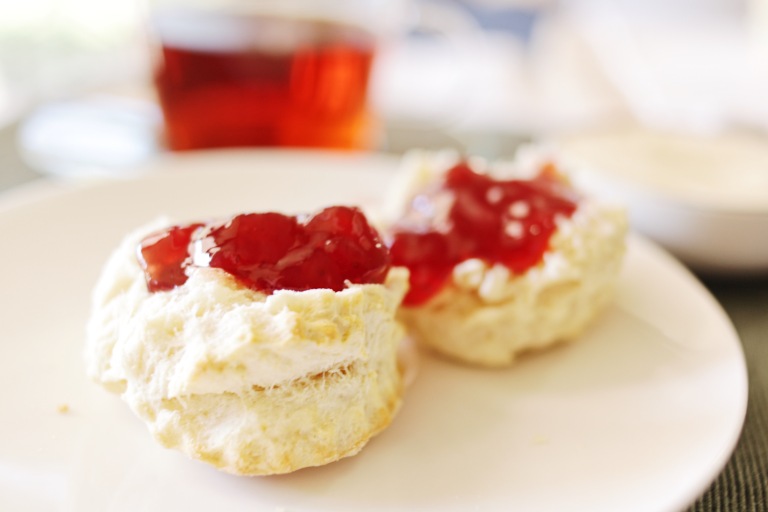 In regards to flavours, you can omit the teaspoon of caster sugar and keep these savoury and even add 50 grams of Parmesan cheese and another 50 grams of a hard, sharp cheddar and turn these babies into savoury scones. If keeping it original, obviously jam and cream is required.

And to that point I have rules. Jam must be strawberry, must be placed on first and THEN followed by cream. The liberal use of which is highly encouraged. Keep your bullshit Devonshire cream underneath to yourself thank you very much. Even though I have such harsh rules pertaining to how you eat these, my actual favourite way is the Cornish version of “Thunder and Lightening”. That is to say, liberal cream placement, oodles of golden syrup applied to that and stuffed in the face as the final step.

75 grams of unsalted butter, chilled and cut into small cubes

3 cups of self raising flour 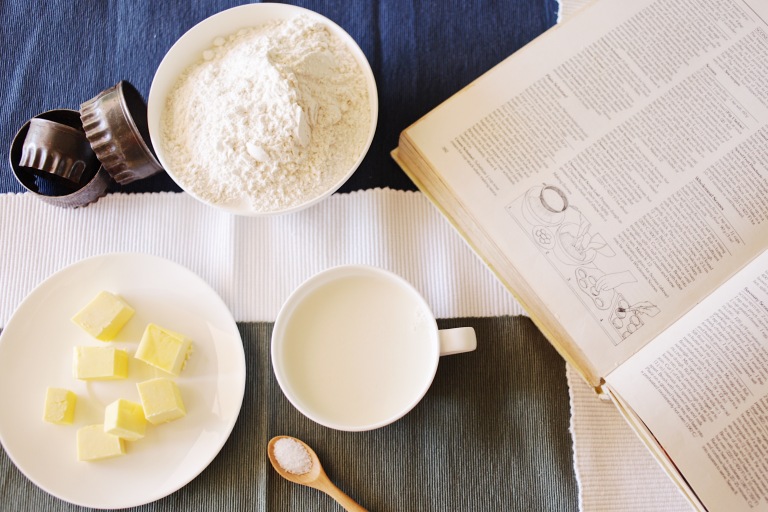 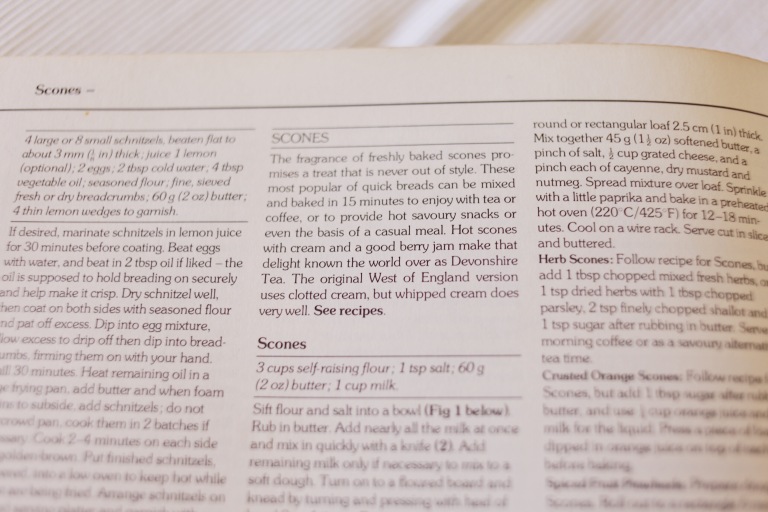 In a large bowl, sift together the flour, sugar and salt mixture. Set aside. 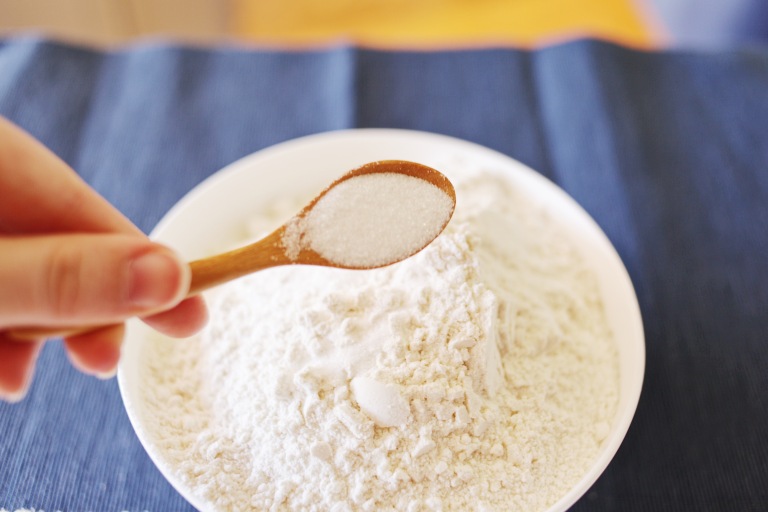 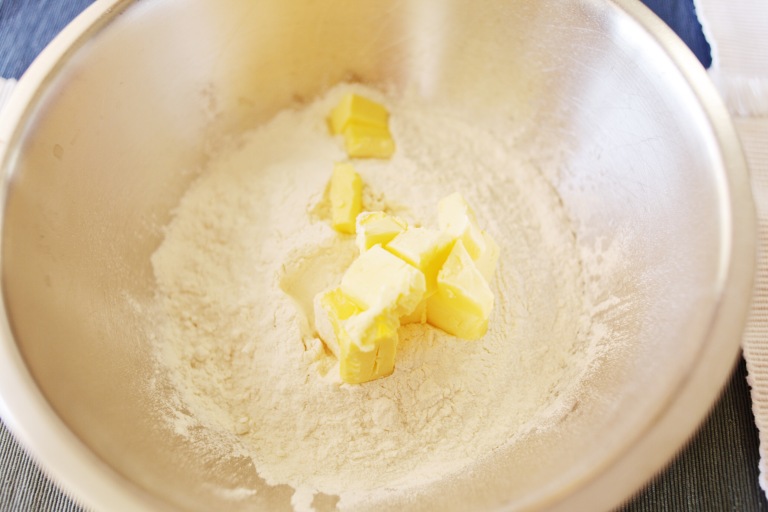 To this, add the cubes of cold butter. With either a butter knife or with you forefingers and thumbs, combine the butter and flour together until you have a chunky, almost breadcrumbey mixture. 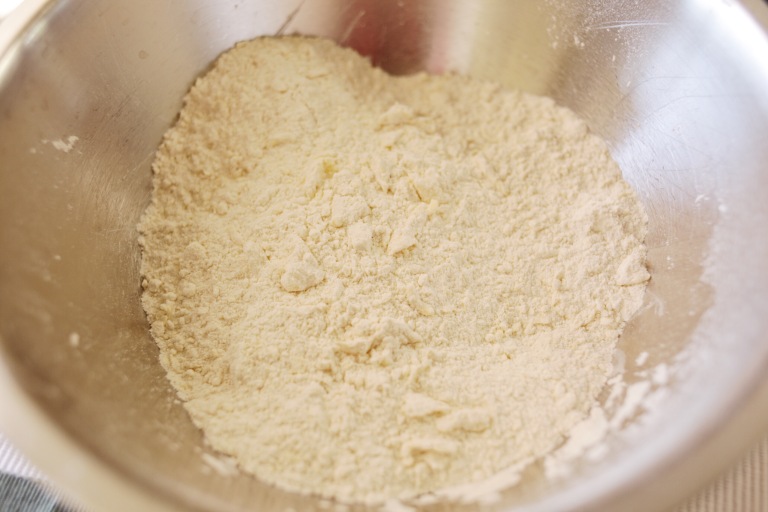 Next, pour in the milk mixture and stir. 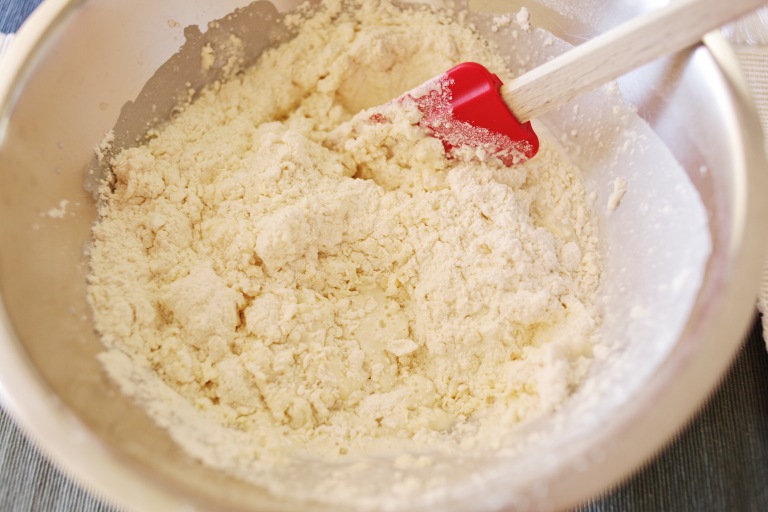 You don’t want to bring the mixture completely together in the bowl, but rather stir it enough until you have a shaggy dough like pictured below.

Take this not-yet-combined mixture and dump it out onto a flour surface.

Gently bring the dough together. You will think you won’t have enough liquid and it will be too dry but keep gently pulling and pressing the mixture together until you have a solid mass. Do not knead the dough. You don’t need it smooth. It can be a bit rough.

Now I pat out the mixture with the palm of my hand but you can gently roll it out with a rolling pin and make sure it’s perfectly even but I tend not to play with the mixture too much. Overworking this dough will work the gluten too much and you’ll end up with golf balls.

The size of cutter you want is entirely up to you. I chose medium ones today but often do smaller ones when making them for afternoon tea.

RULE TIME AGAIN. DO. NOT. WIGGLE. THE. CUTTER. Doing so will inhibit the scones to rise up in a straight, tall direction. I don’t care if it’s a Womens Country Association myth. I still abide by it and it’s never done me wrong. I WILL KNOW IF YOU DO IT… to avoid sticking, flour the cutters in between each one.

You can see here this guy is lopsided but it’s not going to bother me. Be pedantic if you are so inclined.

The first cut scones will always be the fluffiest and the tallest, but the rest are still fine, even if they’re a bit dumpier (as some who is a bit dumpier I tend to have a very soft spot for them). Gently bring the remaining dough together, being careful to not knead it into a neat ball. 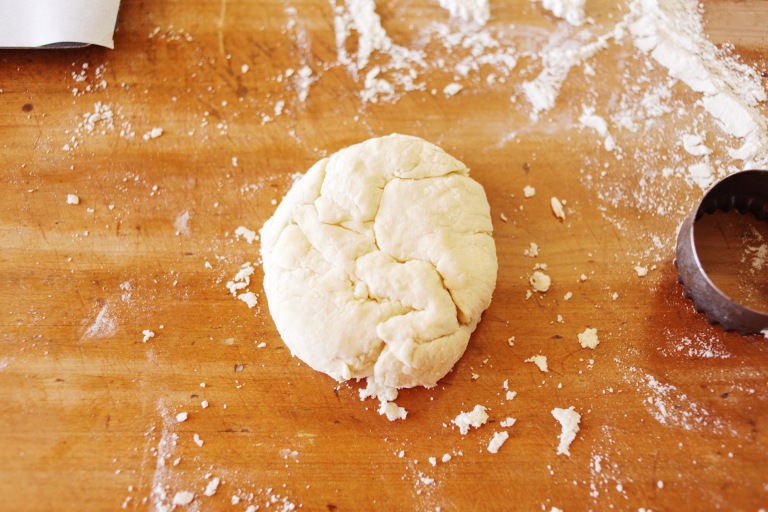 Keep cutting away until all your scones are done. There will always be a runt of the litter who doesn’t quite look the part but he’s still fine.

NEXT RULE TIME. Place the scones close to each like they care for each other, not wide apart like a group of Finish people at a bus stop (https://finland.fi/emoji/bus-stop/). This encourages them to rise taller. Again, these could be myths but I do honestly feel they work! 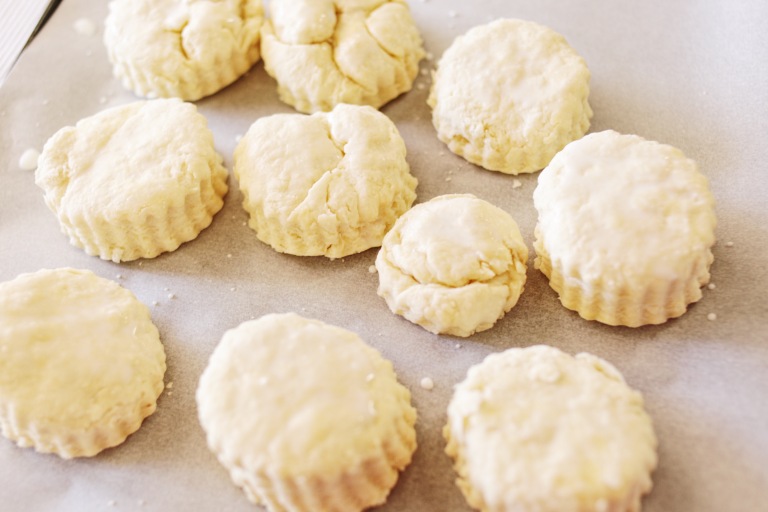 Using some milk, dabble sploshes onto the top of each scone. You could use melted butter or even an egg to create a nice golden top but the thought of cracking a whole egg for this process makes me feel ill inside.

Bake for 10 to 15 minutes at 180 degrees until risen and lightly browned. For softer scones, wrap them in a tea towel right away and for a crunchier scone leave them to cool slightly on the trays.

Not the most beautiful scones you’ll ever see but they sure are the fluffiest little fellas around. Fab with the jam and cream route but also delicious with a bowl of soup, especially if you choose to add some cheese. 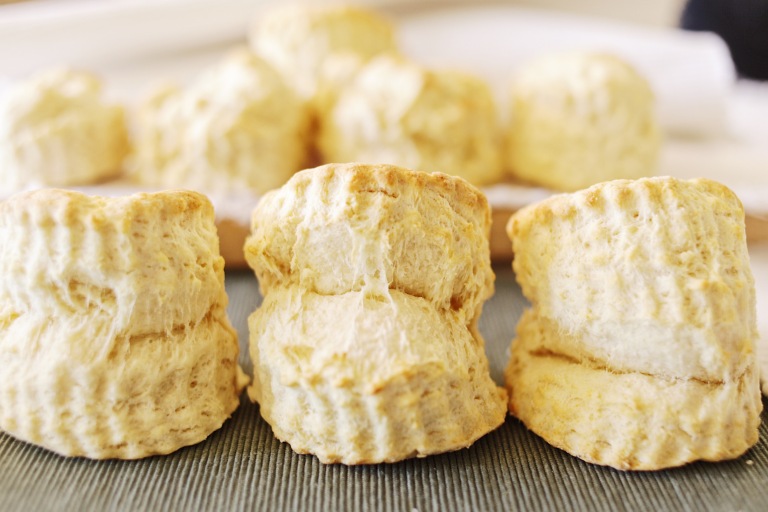 Whatever way you choose, DON’T BREAK THE VERY STRICT AND VERY IMPORTANT SCONE RULES OH FOR THE LOVE OF GOD DON’T DO IT. 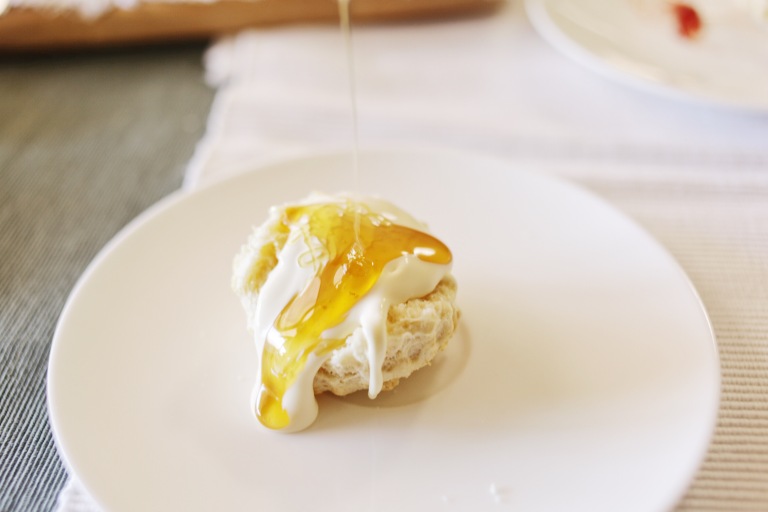