I find the start of a new year overwhelming, as I’m sure most of us do. It’s called the post holiday blues, when reality sets in and time away from tedious tasks come to an end and the humdrum of life begins again. Side note, to have “the blues”, derives from the notion of “blue devils”, who were thought to cause depressive thoughts and general melancholy upon a person and slowly over time the “devil” was dropped and we simply say “the blues” instead. Look, not the cheeriest of inspirational starts to the year, I’ll grant you, but thats where I’m at today.

A bit of mindless, repetitive work is just what we all need I think. Enter stage: coconut snowballs or rather, coconut macaroons. Not to be confused with the fancy French macaron, macaroons are slightly more homespun and require much less effort. While we’re on our history lesson and etymology path, the macaroon comes from the Italian “maccarone” meaning “paste” which that word derives from “ammaccare” meaning “to crush”. Now from there we travel to the Greek word “makaria” which was a barely soup or broth that was usually served on someones day of death or drunken to commemorate the dead. However, “makar” comes from the old Greek word meaning “blessed or happy”. So really, we’ve gone full circle here.

While mine are free from almond paste (I would assume this is an old war-time altered recipe) they do have a divine amount of coconut. Crispy, golden exterior, chewy, soft interior. Also, they have the right amount of monotonous squelchingly roll time that doesn’t boarder on boredom and keeps you happily entertained for a few quiet minutes. They will last a good while, squirrelled alway in a tin or airtight container, hidden from those you love.

Next, in a bowl combine the coconut, sugar and salt and mix thoroughly, getting rid of any potential coconut lumps.

To the milk, crack in your egg and give it a whisk until well beaten.

To this, add your essences and pour this into your dry mixture. 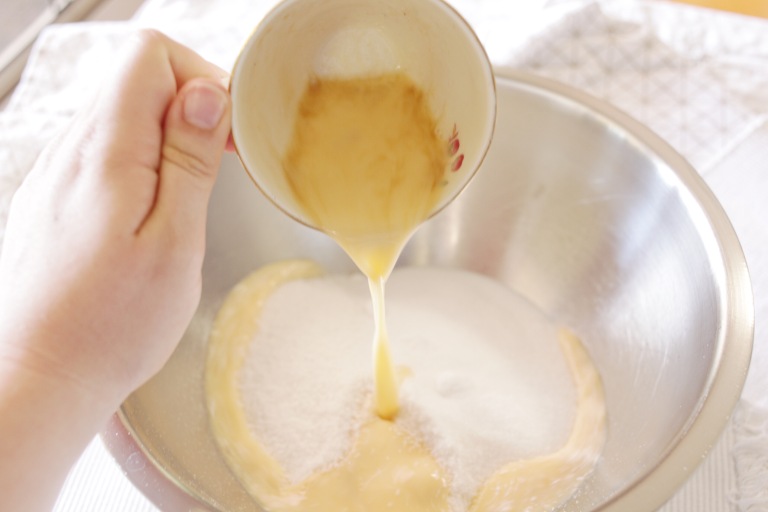 Combine the two mixtures and add the flour.

Mush this delightfully coconutty mixture into a “dough” of sorts. 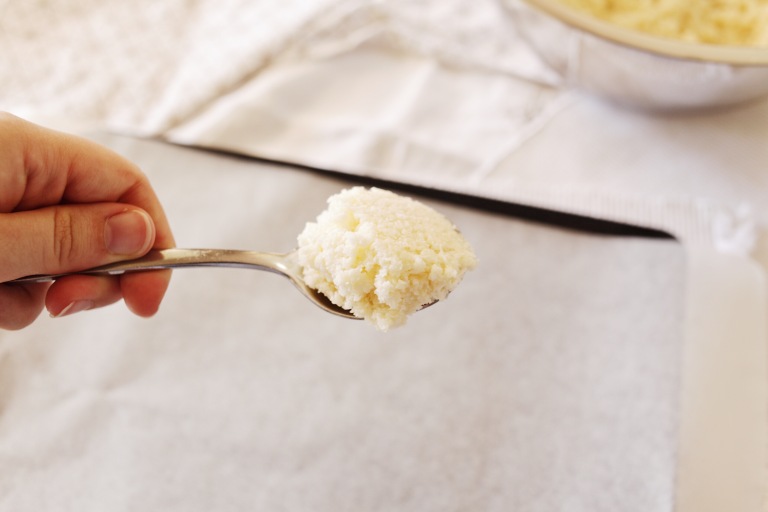 Take rounded teaspoons of the mixture, press together with your hands and roll into balls then place on the pre- lined baking tray. Don’t worry about them being a bit rough and lumpy, it’s all part of their appeal, plus any edges that aren’t neatly smoothed out will catch in the oven and create tasty little crunchy morsels. 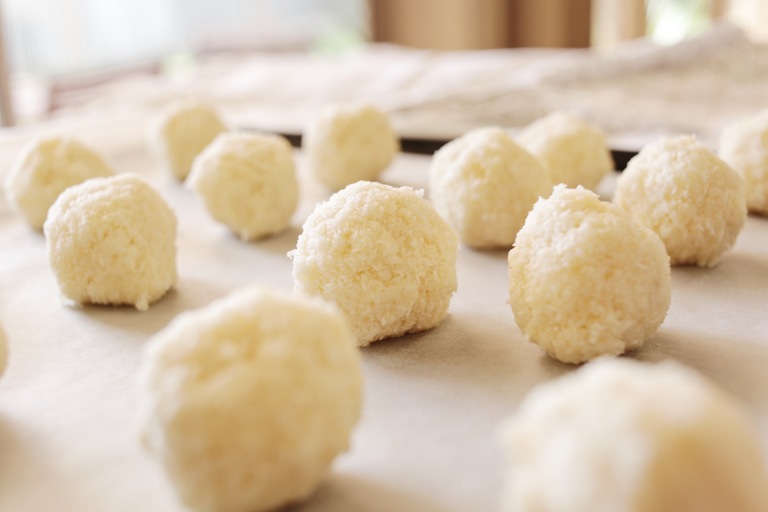 Bake at 180 degrees for 20-25 minutes but do keep an eye on them as they will turn a golden brown quickly and will continue to brown a little more when out of the oven. The beauty of these is you can keep them as blonde or brunette as you like, the interior will stay just as chewy. If you do choose to pull them out earlier, keep in mind they may be delicate so handle with care.

Allow the macaroons to completely cool on the tray before removing and storing in an air-tight container.

Perfectly paired with a cup of tea and great chucked into lunchboxes too for a mid-week pick me up. As I mentioned before, they will keep a good while, well over a week, but they won’t last that long I promise you. 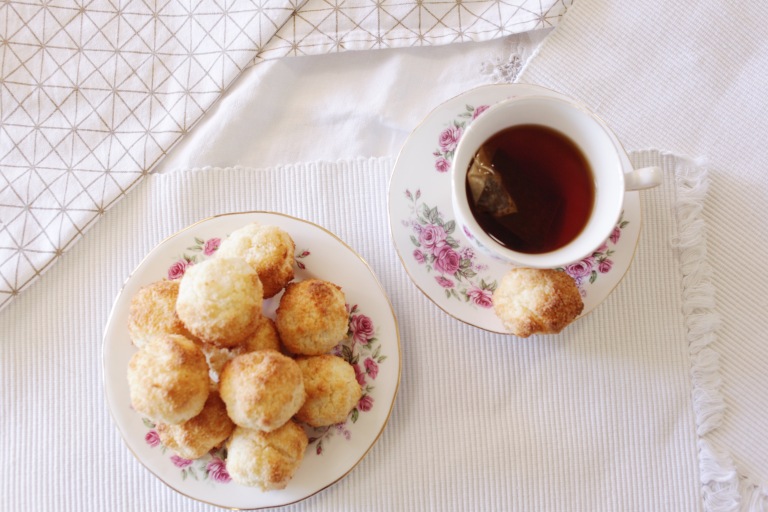 4 thoughts on “Coconut Snowballs, a new year and words”